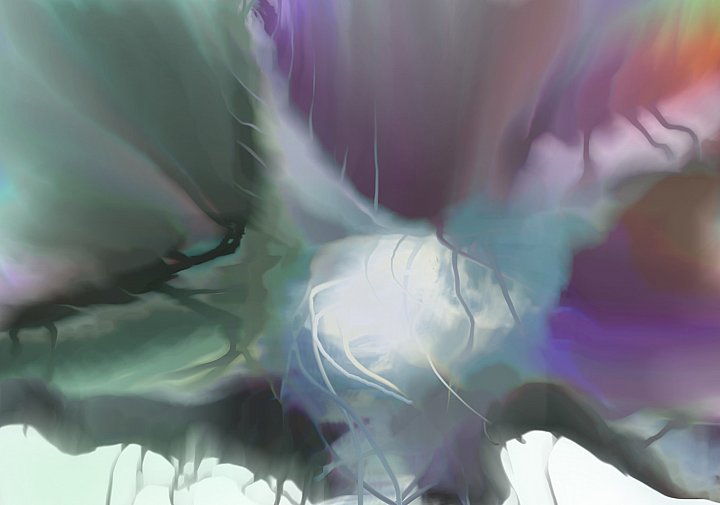 Nadin Victorya Mazpane – Demonic Creature
Mixed, aerography, surrealism 2017. The demon want to return the Throne of the All Stars` by himself, but the something was wrong...the some unknown magic had blocked the way to the temple...The demon was staying in the shadow next to the stairway to heaven and was waiting for his bride...The Love awaited behind...The star were looking at Maestro from the cup inside...She saw the handsome man...The love who had some interest became by invisible and has left the demon. The love hid herself in the cup... behind the virtual star...The love has been looked at Maestro too...The invisible tentacles of demonic love found the way to their hearts.The star fire grew the bigger.